"The deal was made right before the Fourth of July holiday," one source said.
Lionsgate does not comment on casting until something is official. An announcement about Hoffman is expected to be released any day now.
The Hollywood Reporter reported that Hoffman, 44, was offered the role on June 11.
Heavensbee is the new Head Gamemaker who may (or may not) be more loyal to reigning champ Katniss (Jennifer Lawrence) than the diabolical President Snow (Donald Sutherland).
Catching Fire is set to start shooting in the fall with director Francis Lawrence replacing Gary Ross.
Hoffman was most recently seen on Broadway with The Amazing Spider-Man star Andrew Garfield in the hit revival of Arthur Miller's Death of Salesman.
Now we want to hear from you. You psyched for Philip Seymour Hoffman as Plutarch Heavensbee in Catching Fire? Sound off below.
Posted by Anonymous at 06:02 No comments:

Mockingjay to be split in Two Parts!


"Mockingjay," the final film installment of the blockbuster book series, "The Hunger Games," will be split into two parts, with the movies to be released in 2014 and 2015, the Lionsgate studio said on Tuesday.
Lionsgate, a unit of Lions Gate Entertainment, said "The Hunger Games: Mockingjay, Part 1" will hit theaters on November 21, 2014, and "Part 2" on November 20, 2015.
"The Hunger Games" film franchise is based on a best-selling science-fiction trilogy by author Suzanne Collins and follows the story of rebel heroine Katniss Everdeen, who tries to fight the oppressive regime ruling the nation of Panem.
The first film, starring Jennifer Lawrence, Josh Hutcherson and Liam Hemsworth, smashed box office records with its release in March and has became a pop culture hit with ticket sales of $678 million worldwide.
The second installment of the film, "The Hunger Games: Catching Fire," is set for release on November 23, 2013 and will be directed by Francis Lawrence.
The splitting of the final film into two parts follows the pattern of the "Harry Potter" and "Twilight" franchises, which were also in two parts and released roughly a year apart from each other.
Posted by Anonymous at 06:00 No comments:

Who Will Play Finnick Odair? 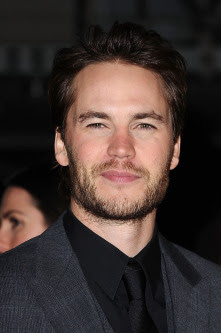 The Hunger Games: Catching Fire has been all anyone can talk about this week as the process of casting the new characters for the second instalment have begun.
And while it was revealed that Jena Malone is in talks to play Johanna Mason the studio has been keeping pretty stum as to who they may be chatting to for the role of Finnick Odair.
At the age of fourteen Finnick was triumphant in the arena, using a trident to kill the last tribute.
In Catching Fire he is back in the arena ten years after his first win to do battle once again.
- Taylor Kitsch
Taylor Kitsch was believed to be one of the early front runners for the role but at thirty one he may be a little old for the part.
On the other hand he certainly does have the look that studios would be looking for for this role.
But only this week Kitsch said that he is not really interested in any more green-screen movies and so he may already be out of the running.
- Garrett Hedlund
Garrett Hedlund is another early name that was linked to the part and he would be fantastic for the role.
He is around the right age and has the right look - not to mention he is a great actor who really would be able such a vital role in Catching Fire and Mockingjay.
And while Hedlund has been enjoying movie success over the last couple of years he is still looking for that role that would catapult him onto the A-list... and this could be it.
Read More Suggestions Here!
Posted by Anonymous at 13:06 No comments:

Trevor Donovan will not play Finnick

Today may be a sad day for some District 4 tributes in author Suzanne Collins’ future nation of Panem.
In recent “The Hunger Games: Catching Fire” movie news, actor Trevor Donovan of “90210” revealed this week that he will not be cast as Finnick Odair in the upcoming sequel film. According to a post from “Teen Daily” this Friday morning, the star revealed in a post on Facebook that the the odds are not in his favor to play the part of the handsome, trident-wielding tribute.
While the casting role of the blonde Finnick Odair from District 4 is still open for now, the part will not be given to star Trevor Donovan, reports “Teen Daily” this Friday.

Posted by Anonymous at 12:58 No comments:

For avid readers this summer, June was no doubt a hot month both out in the sun and between the pages.
According to a new press release this Thursday afternoon from “USA Today,” “Fifty Shades of Grey” by E.L. James as well as “The Hunger Games” by Suzanne Collins have held their reigning titles at the top of the Bestselling Book List in June 2012.
“Fifty Shades of Grey”—along with the two sequels in the racy trilogy, “Fifty Shades Darker” and “Fifty Shades Freed”—remain as the most popular books this summer. “The Hunger Games” YA trilogy is not far behind, with “Catching Fire” taking the 5th spot and “Mockingjay” (the third book in the series) moving up to 4th place.

Posted by Anonymous at 11:07 No comments:

Do you think Jena Malone would make the Perfect Johanna?

Joke of The Week